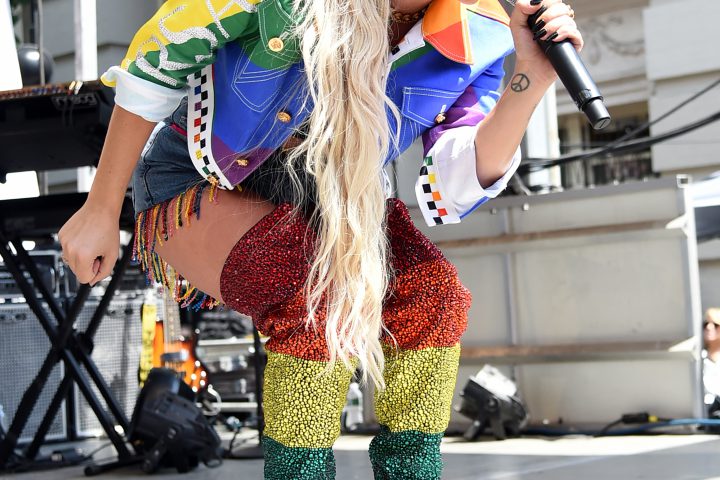 Polaroid Eyewear, a worldwide leading eyewear brand and the inventor of the original polarized lenses, is proud to announce its silver sponsorship of NYC Pride, the official host of WorldPride 2019 and Stonewall 50, along with a slew of other Pride-related activations throughout the Pride month of June.

Leveraging on its inclusive brand message SEE BEYOND, Polaroid Eyewear, the only eyewear brand participating in NYC Pride, will be present with a uniquely designed branded float that will navigate its way through the official 2019 NYC Pride March on Sunday, June 30th, expected to be the largest LGBTQ + Pride March in history. Four hundred “friends of the brand” are being invited to register to march wearing WorldPride-themed Polaroid Eyewear T-shirts alongside the Polaroid Eyewear float.

Polaroid Eyewear will also have a presence at other local NYC Pride events, Pride Island (June 29 and 30th) and Pride Fest (June 30).

Polaroid is proud to celebrates love and equality in all its colors by introducing its first ever PRIDE-themed social media campaign that encourages people to see the world from a new point of view.  The campaign will run on Polaroid Eyewear’s social media channels from June 18th – June 30th as an initiative to raise awareness and break down barriers to achieving equal justice and equal opportunity for the LGBTQI community.  Shot by photographer Jason Wee, the Polaroid Pride campaign features a total of eight New York-based fearless and unconventional LGBTQI influencers who were selected for their availability to see beyond with a fresh and playful attitude. All are wearing the brand’s newest sunglasses in the colors of the rainbow, including: Miss Malice (@missmalice_switchplay), Bowen Yang (@fayedunaway), Zach Stafford (@zachstaff), Kia Damon (@kiacooks), Johanna Toruno (@johannareign), Alok Vaid-Menon (@alokvmenon) and Ceyenne Doroshow (@doroshow).

WorldPride, a licensed event granted by InterPride, an international membership organization of Pride organizers, is a culturally-diverse expression of the quest for equality and liberty of Lesbian, Gay, Bisexual, Transgender and Intersex (LGBTI) people worldwide and exists to rally the LGBTI communities on a global level in the quest for freedom and human rights.

Commemorating the 50th Anniversary of the 1969 Stonewall Uprising, a major turning point in the modern gay civil rights movement, NYC Pride 2019 will simultaneously host WorldPride, the first U.S. Worldpride in the event’s nearly 20-year history. This sixth edition of WorldPride, dually branded Stonewall50, is expected to welcome over four million domestic and international LGTBQI and guests to New York City to encounter a one-in-a-lifetime experience to honor and celebrate the Pride movement in the same location where the modern movement began in 1969, the Stonewall Inn.  NYC Pride is producing over 25 official WorldPride’s events including the March, Rally and Pride Island throughout the month of June.

Thanks to their legendary polarized lenses, POLAROID sunglasses allow the wearer to see beyond with a perfect and protected vision, always keeping a fresh and playful attitude: with a unique and authentic view.

Polaroid Eyewear is a worldwide leader in eye-care and optics and a pioneering international eyewear brand that owes its name to the invention that changed the world of technology and optics: polarized lenses. Polaroid, since it was established by Edwin Land in 1937, has strengthened its reputation as a leading brand in polarized lenses. Today, Polaroid produces and distributes its polarized sunglasses, Clip-ons, SuncoversTM and optical frames worldwide through its owner subsidiaries and its network of exclusive distributors. The brand joined the Safilo Group in April 2012. For further information: www.polaroideyewear.com. 3